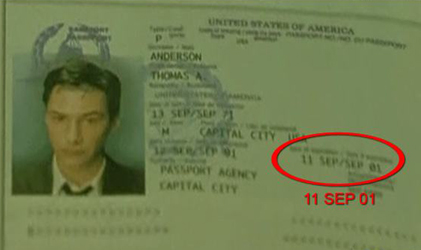 This odd fact has led to debate of coincidence versus conspiracy. But the fact remains that the passport shown in this 1999 movie does show the date of 9/11/01.

Below is a screen shot enlargement of the passport seen in the movie:

You can watch a video which delves into the “passport issue” below: