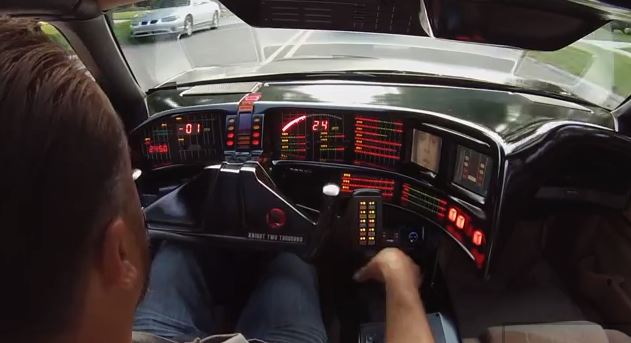 The man started with a 1991 Trans Am GTA, then changed the fenders and hood, and installed a Season 1 dash. He stated that he had owned 15 or 16 Trans Ams before deciding to take on the task of creating a KITT replica.

The dash was found on ebay from someone who had previously created a similar car. He said the car receives a lot of attention and he allows fans to get inside check it out.

Watch a video of the car here: