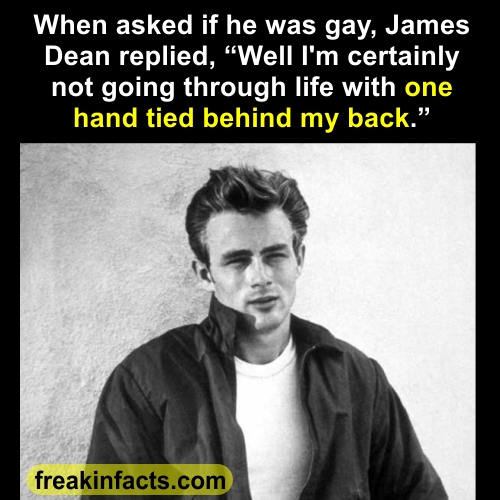 James Dean's sexuality has always been a topic of great debate, including one quote in which he responded directly to that question.

According to Randall Riese's 1991 book The Unabridged James Dean: His Life and Legacy from A to Z, Dean was said to have been asked directly if he was gay, to which Dean allegedly responded, "Well I'm certainly not going through life with one hand tied behind my back."

The book also claims that Dean dodged the draft by telling local recruiters, "You can't draft me, I'm homosexual!"

His comments, along with decades-long rumors about his sexuality, have led to speculation that Dean was bisexual, gay, or simply "experimenting."