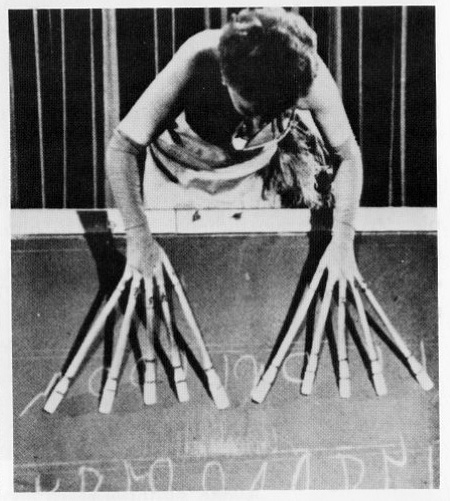 A German woman named Thea Alba was known as “The Woman With Ten Brains” because she could write all ten fingers simultaneously.

Alba, who became famous in the 1920’s, also performed a trick in which we wrote with both hands, both feet, and her mouth at the same time. She could also write in different languages at the same time.

A popular trick, as seen below, shows Alba spelling Tokio with her left hand, Rome with her right hand, London with one foot and Rome with another foot. 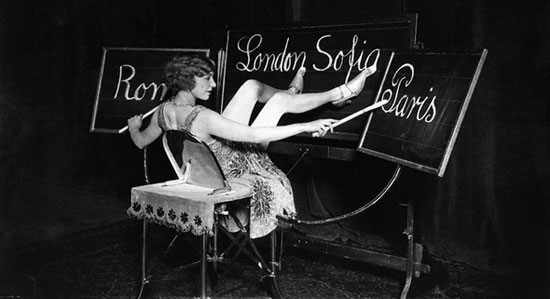 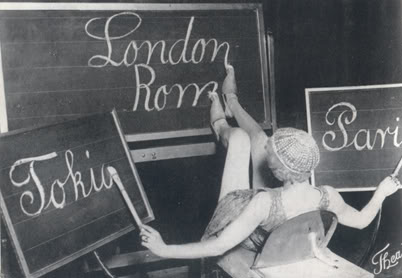